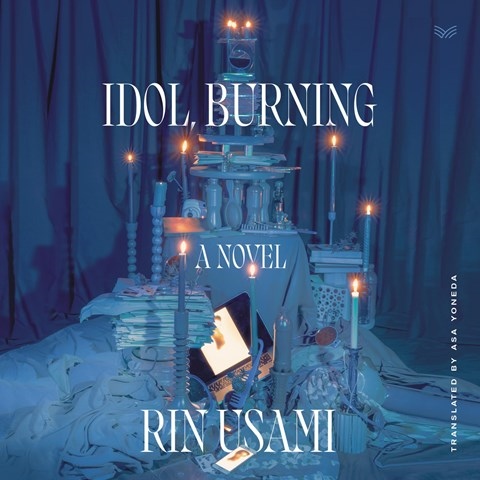 Mirai Booth-Ong's performance provides significant depth to Akari, a Japanese high school student who follows a celebrity with a singular intensity. Masaki Ueno is a member of a famous J-pop group. To Akari, he is her "oshi" (meaning "to push" in Japanese). In the cultural context, Masaki is the person to whom Akari devotes her energy, tracking his every media appearance, posting incessantly about him on her social media, and buying all the Masaki merchandise she can. When Masaki is captured in a publicly devastating moment, Akari's life unravels. Usami's audiobook is a fascinating commentary on social media and celebrity fame. Booth-Ong's empathetic performance of Akari is gently moving. S.P.C. © AudioFile 2023, Portland, Maine [Published: JANUARY 2023]