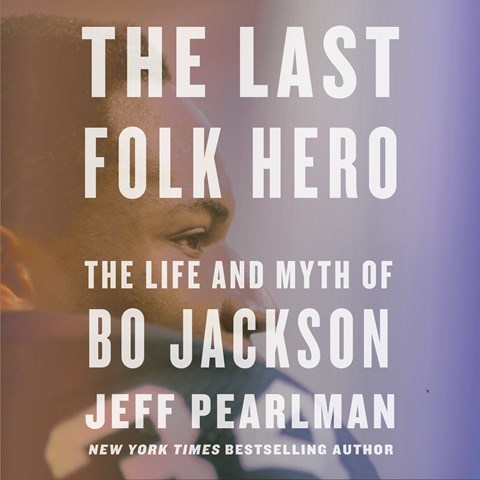 THE LAST FOLK HERO The Life and Myth of Bo Jackson

Bo Jackson remains an enigmatic, almost mythical, character in American sports history for playing both professional baseball and football in the 1980s. In this audiobook, author Jeff Pearlman covers Jackson's life from his small-town upbringing to his years at Auburn University, where he played baseball and won the Heisman Trophy for football, and to his professional career in the Major Leagues and the NFL. Narrator JD Jackson sounds wonderfully engaged, keeping an interested tone that invites listeners along. He nails all pronunciations while maintaining a steady cadence and altering his voice just slightly for those being quoted. Both Jacksons are renowned for their gifts--JD as a narrator and Bo as an athlete. Thanks to the former, Pearlman's work is expressed beautifully. M.B. © AudioFile 2023, Portland, Maine [Published: JANUARY 2023]