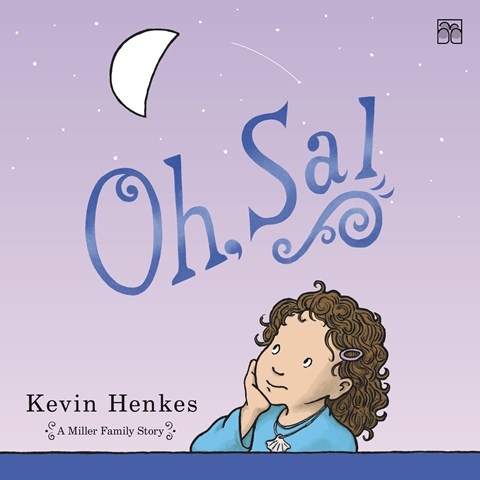 The third episode in Henkes's Miller family series is told from Sal's point of view, splendidly expressed by Julienne Irons. At first, the arrival of the new baby was an exciting time for Sal and her family. However, a week after her birth, Sal has become bored because the unnamed infant mostly sleeps and eats. As narrator, Irons captures not only these subtleties, but also Sal's desire to be independent, her fear of losing her mother's affection, her jealousy at family life revolving around the baby, and, finally, her acceptance of her new role as "older sister." A humorous subplot about misplaced underwear is timed and executed perfectly, helping to keep this family story energized and buoyant. S.D.B. © AudioFile 2022, Portland, Maine [Published: DECEMBER 2022]