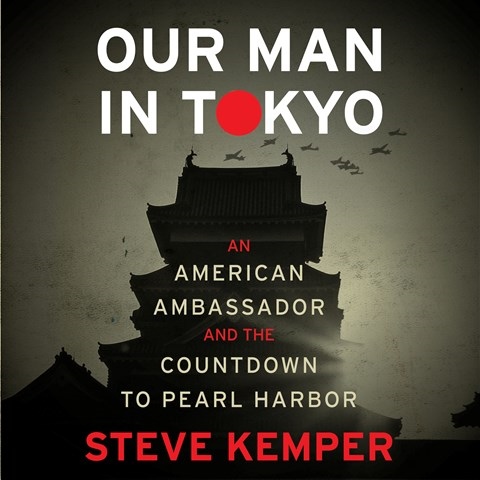 The listener, of course, knows the catastrophe that's ahead. But this dramatic audio history of Japan's rising militarism in the 1930s, based on American Ambassador Joseph Grew's extensive diaries, confirms the Hitchcockian theory that suspense is generated not by surprise, but by expectation. Narrator Dan Woren is, as always, matchless. Given a narrative so powerfully built but at times bewilderingly tangled, Woren demonstrates his command both of the central arc of the narrative and of its finer nuances and shadings. Ambassador Grew was a keen observer and strong advocate for peace. Woren captures the unique, on-the-spot perspective of a dedicated ambassador who watched helplessly as, step by step, Japan advanced into war with the United States. D.A.W. Winner of AudioFile Earphones Award © AudioFile 2022, Portland, Maine [Published: NOVEMBER 2022]