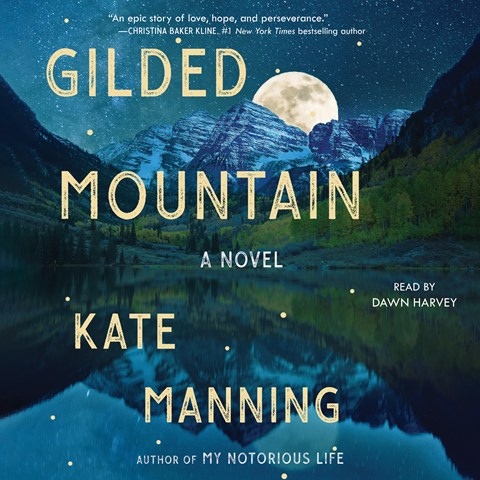 Narrator Dawn Harvey delivers this tale of labor and love, which takes place in a Colorado mining community from 1907 to 1909. Québecois American Sylvie Pelletier's union-minded father toils in the marble mines of Moonstone. Despite her natural sympathies for the miners, Sylvie's attracted to the mine owner's charismatic son--and the tempting opulence of his life, so different from the rigors of her own. The African American servants who work for his family add a complicating counterpoint to the conflict. Sylvie narrates the events from decades later, and Harvey deftly balances distance with immediacy. She is distinctly less successful with her accents. Listeners familiar with the sounds of French and French-accented English may find themselves wincing frequently, and many of the secondary characterizations tip into caricature. A mixed bag. V.S. © AudioFile 2023, Portland, Maine [Published: JANUARY 2023]