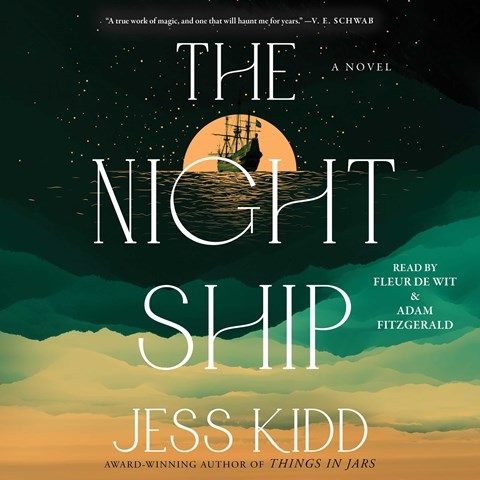 In 1628, a Dutch ship bound for Batavia (now Indonesia) sank off the coast of Australia. This audiobook is the fictional accounts of a 9-year-old Dutch girl who perished on the adjacent lonely island and a 9-year-old misfit Australian boy three hundred years later. In a gentle, innocent tone, Fleur De Wit narrates the story of Mayken, a privileged girl of aristocratic lineage and boundless curiosity. As Mayken befriends sailors and dreams of pirate adventures, De Wit adds verbal touches of character. Alternating chapters narrated by Adam Fitzgerald describe the struggles of Gil, whose drug-addicted mother's death results in his being raised by his grandfather, a gruff fisherman who lives on the remote island in 1989. In an Australian accent, Fitzgerald describes Gil's discovery of artifacts from the fifteenth-century wreck. N.M.C. © AudioFile 2023, Portland, Maine [Published: JANUARY 2023]