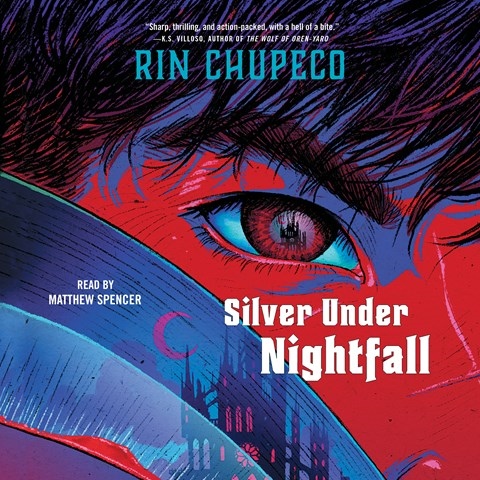 Matthew Spencer brings a royal air to his performance of this queer fantasy in which court politics meet the undead. As a Reaper, Remy Pendergast slays vampires to protect the citizens of Aluria. But as a suspected half-vampire, he is an outcast who must sometimes contend with the very people he defends. When Remy discovers a plot to transform citizens into bloodthirsty fiends through a virus called the Rot, he teams up with two regal vampires, Xiaodan Song and Zidan Malekh. The three battle for a cure, uncover family secrets, and forge a passionate--if unexpected--bond. Spencer is stunning in his ability to voice characters who are on the edge of both killing and loving each other. Combining depth with well-placed levity, he transports listeners to a kingdom on the verge of chaos. A.H. © AudioFile 2023, Portland, Maine [Published: JANUARY 2023]