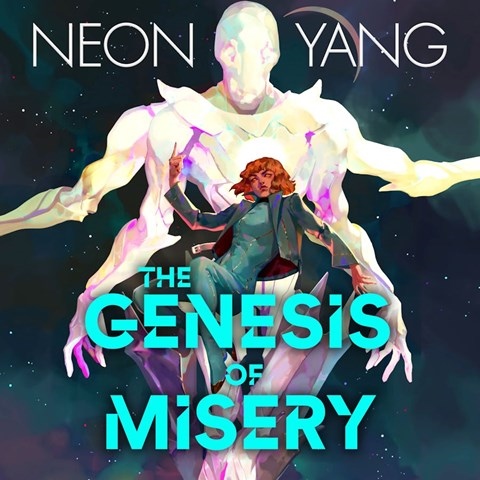 THE GENESIS OF MISERY

Livvie Lin narrates a highly political space fantasy, loosely inspired by Joan of Arc. Misery Nomaki has been visited for years by a hallucination that tells her she is the key to winning an unwinnable war. Lin's portrayal of Misery is multifaceted, reflecting her doubts about her role in the conflict. Is she a savior, or is she simply mad? Lin also captures Misery's experience as a provincial who is suddenly thrust into a much more affluent environment. Despite these ambiguities, Misery is a surprisingly active participant in her fate, and Lin gives her plenty of energy and intensity. It can sometimes be difficult to distinguish the secondary characters, but that is due both to Lin's narration and the circuitous path of Misery's journey. K.M.P. © AudioFile 2022, Portland, Maine [Published: NOVEMBER 2022]