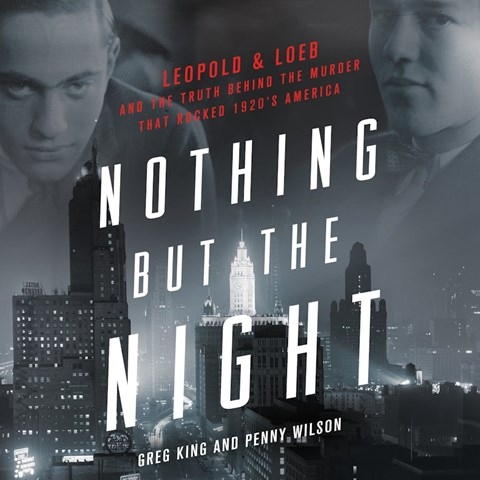 With the enthusiastic delivery of an entertainment news anchor, narrator Armando Riesco emphasizes the shocking and obsessive elements of one of the most sensational crimes of all time. In 1924, Nathan Leopold and Richard Loeb, two promising and privileged 19-year-old scions of Chicago wealth, intricately planned the kidnapping, torture, and murder of a 14-year-old boy. Riesco keeps the facts and accusations clear as the audiobook sifts through the details of troubled childhoods, sexual deviance, affluence, and anti-Semitism, which were put forth as mitigating circumstances in "the trial of the century." A few mysteries remain in this grisly case, such as who actually wielded the knife, making this a riveting true-crime tale. B.P. © AudioFile 2022, Portland, Maine [Published: NOVEMBER 2022]