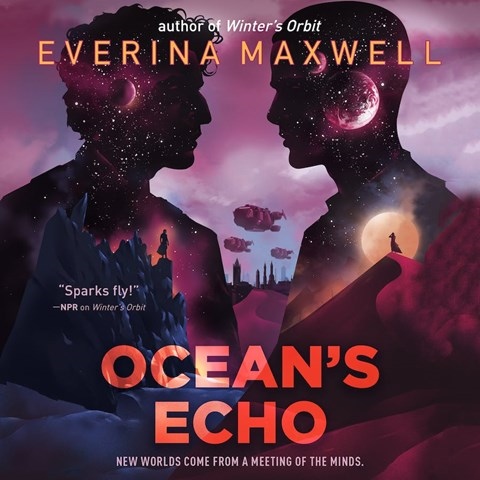 Raphael Corkhill balances drama and sincerity in his narration of this sci-fi space opera. When socialite and mind reader Tennalhin Halkana is conscripted into an intergalactic military, he begrudgingly teams up with dutiful Surit Yeni, who has the power to control others. They fake an order to sync their minds and uncover a political struggle that threatens the stability of worlds. Corkhill expertly brings Tennal's refined personality to life and seamlessly switches to Surit's gruff Eastern European accent. When the pair are forced to complete their fake sync, Corkhill perfectly blends the two contrasting voices to create a distinct Tennal-Surit voice that showcases both their individuality and an altogether new entity. Listeners will relish the interstellar politicking and Corkhill's talent for voicing unforgettable personalities. A.H. © AudioFile 2023, Portland, Maine [Published: JANUARY 2023]