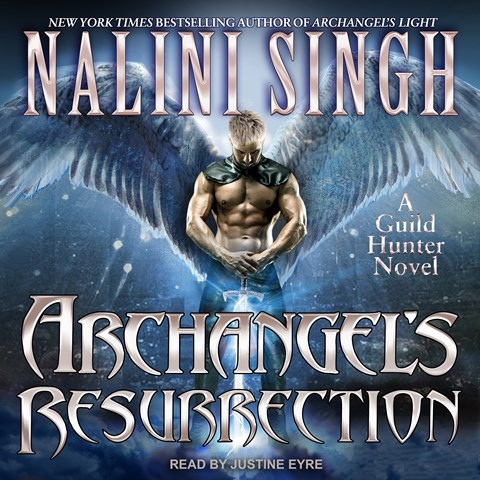 Narrator Justine Eyre intensely narrates the adventures and love story of two archangels. Alexander of Persia and Zanaya, Queen of the Nile, the two archangels, have loved and challenged each other for eons. At the start of the story, the pair are in a regenerative sleep when they are awakened to help combat a third archangel who is bent on destroying the world. Eyre takes Alexander and Zanaya from their youth, depicted with juvenile vibrancy, to their later lives, when they are ancient beings who speak in weighty tones. Eyre's Alexander has all the forcefulness one would expect of such a powerful character. Ultimately, Eyre brings potency to both characters as they join the battle and endure the aftermath. S.B. © AudioFile 2022, Portland, Maine [Published: NOVEMBER 2022]