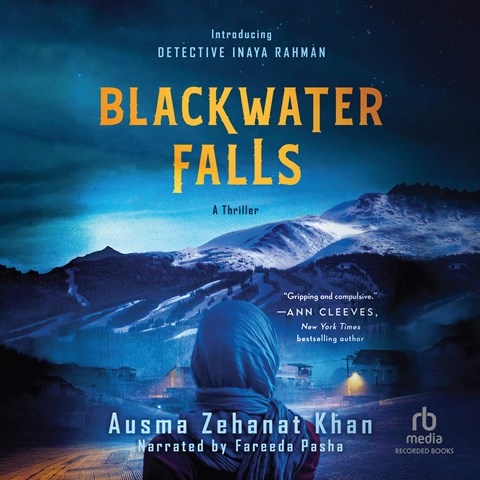 Fareeda Pasha's calm, eloquent narration adds a layer of reality to this chilling story. Her tone is soft yet packs a punch that heightens the drama. A young, exemplary Muslim girl is found brutally murdered, and two other Muslim girls are missing. A Muslim woman from the Community Response Unit of the police department, Inaya, must work quickly to uncover the truth in a town in which racism, police corruption, and religious fervor walk hand in hand with corporate greed. Pasha's portrayal of the characters, complete with her beautiful pronunciation of names, gives listeners a front-row seat to the reality of a town such as this. L.M.G. © AudioFile 2022, Portland, Maine [Published: DECEMBER 2022]