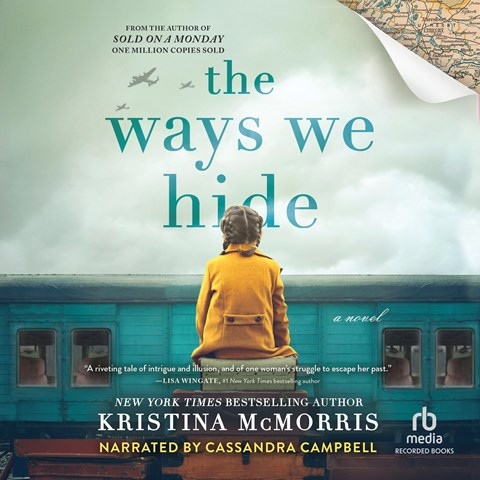 THE WAYS WE HIDE

Cassandra Campbell adds urgency and vivid characterizations to her melodic narrative voice in this novel about an illusionist during WWII. The plot revolves around young Fenna Vos, who emerged from a difficult Michigan childhood with secrets to conceal, even from herself. After becoming a talented professional magician, she's recruited to join a specialized unit of British military intelligence. Inspired by the Allies' use of Monopoly-based escape maps, author McMorris interweaves Fenna's story with trickery, adventure, romance, and emotional reckonings. In Campbell's performance, audible maturity gradually replaces Fenna's girlie naïveté as the plot thickens. Fenna's friend Arie is alternately tough and tender. Walk-on characters are entirely convincing. And through it all, Campbell embraces McMorris's elaborate writing style, pacing the adjective-rich sentences with appreciation and clarity. A.C.S. © AudioFile 2022, Portland, Maine [Published: NOVEMBER 2022]