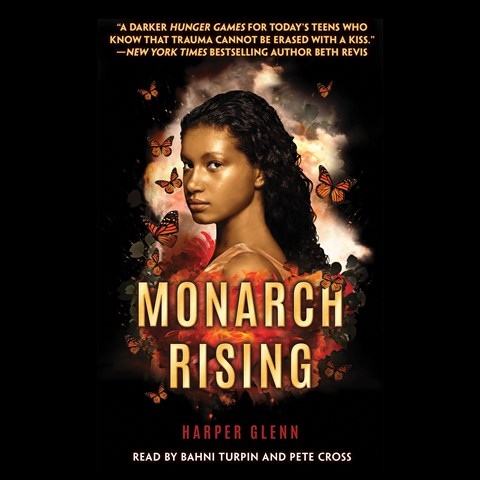 Narrator Bahni Turpin portrays Jo Monarch, who lives in a dystopian future in a dreary place called the Ashes. For years, she's wanted to win the Lineup, a live game that chooses the brightest of its young female contestants to move to New Georgia. Pete Cross portrays Cove Wells, who already lives in New Georgia, where everything and everyone seems wonderful--but is not. Cove is beaten routinely by his stepmother, Eleanor, who insists he break the heart of every girl he dates. Jo falls for Cove, and, for the first time, he doesn't want to play his stepmother's sick game. The story is rich in details, the performances are captivating, and fans will want a sequel for the star-crossed lovers. E.E.S. © AudioFile 2022, Portland, Maine [Published: NOVEMBER 2022]