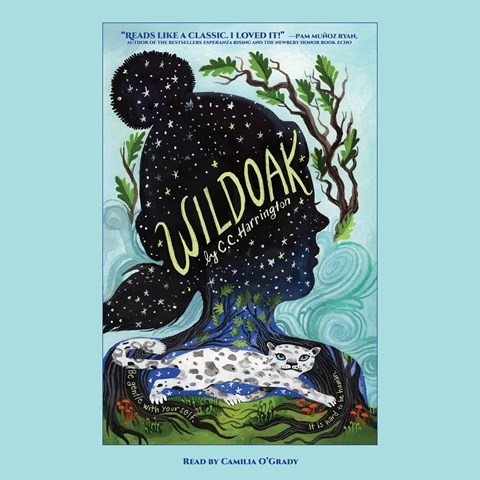 Harrington's debut novel about a girl who stutters when talking to people is fully realized in Camilia O'Grady's crisp, thoughtful narration. In alternating chapters, Maggie and an abandoned snow leopard cub meet in Wildoak Forest, where she is sent to live. O'Grady's performance of Maggie's stuttering sounds authentic, filled with frustration when she's unable to speak up when she wants to and confused about not stuttering as she talks to animals. Other characters are similarly crafted. Maggie's grandfather, Fred, is tender, calm, and understanding; her mother is insecure, her father is arrogant, and Lord Foy is manipulative and disdainful. The tension between Fred and Maggie's father is palpable. This charming story of owning exotic pets and the destruction of forested areas satisfies. S.D.B. © AudioFile 2022, Portland, Maine [Published: OCTOBER 2022]