Home»Reviews»PARIS DAILLENCOURT IS ABOUT TO CRUMBLE 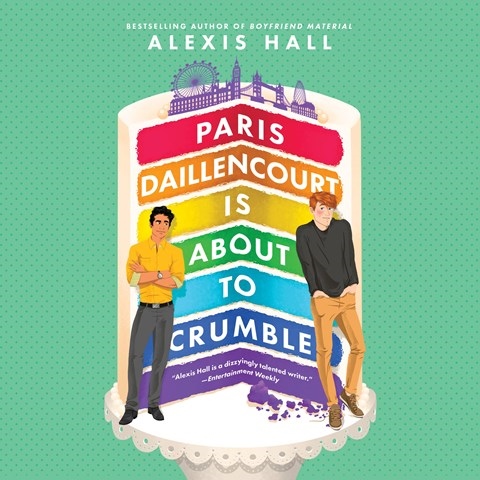 PARIS DAILLENCOURT IS ABOUT TO CRUMBLE Winner Bakes All, Book 2

Narrator Ewan Goddard perfectly captures the anxiety of a young gay man and his bumbling attempts at love while being a contestant on a fictional version of Britain's favorite baking show. Paris Daillencourt is often written off by others as posh and unapproachable, but it's really his anxiety that makes him seem aloof. When he and a fellow contestant begin to fall in love, it's any listener's guess whether it will be Paris's anxiety or the competition that will drive them apart. Goddard captures scenes of the two men trying to work through awkward flirtations and the stress of competing against each other. Goddard's performance delineates characters who are hilarious and easy to fall in love with. V.B. © AudioFile 2022, Portland, Maine [Published: NOVEMBER 2022]