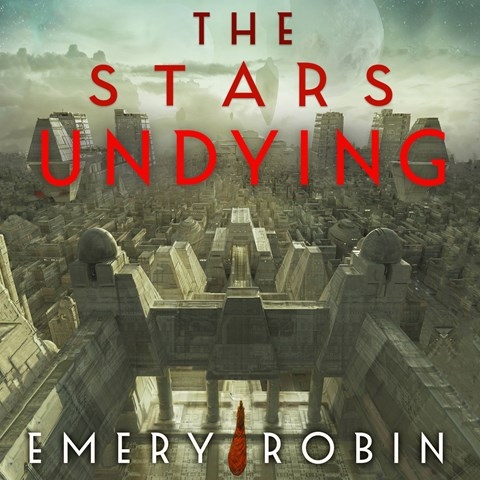 Esther Wane portrays haughty Princess Gracia Patramata, an oracle, in sharp, snooty tones--as befits her highborn station. Gracia recounts her tale of conquest and then defeat by the commander of the interstellar Empire of Ceiao. The battle-hardened commander wrangles with fellow merchants and the now defeated Gracia, whose demeanor is softened when voiced by Tim Campbell. Wane and Campbell narrate alternating chapters filled with echoes of the Roman Empire and the contentious love affair of Antony and Cleopatra. Wane and Campbell unflaggingly tackle intergalactic politics and Latin terms interspersed with made-up words in this long, sometimes numbingly turgid, history of a centuries-old empire guided by an AI and Gracia's imperial dynasty. M.B.K. © AudioFile 2022, Portland, Maine [Published: DECEMBER 2022]