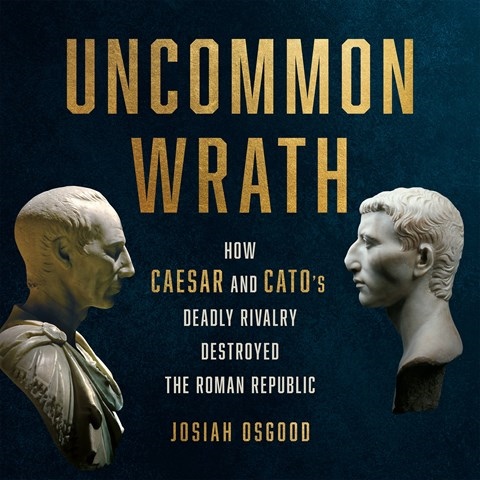 Josiah Osgood's story of the rivalry between Julius Caesar and Cato the Younger, and the civil wars that resulted, is a cautionary tale: Money in politics and toxic partisanship led to the end of the Roman Republic. Ana Clements's narration brings out the qualities of the text--she crafts it into a long, complex yet fairly compelling docudrama. Her voice, though not the strongest, and her British accent are pleasant. She moves at a good pace and expresses the sense of the writing with intelligence and sensitivity, bringing out the dramatic quality of events such as Cato's suicide. This story, as delivered by Clements, should keep listeners involved, especially those interested in knowing history so as not to repeat it. W.M. © AudioFile 2023, Portland, Maine [Published: JANUARY 2023]