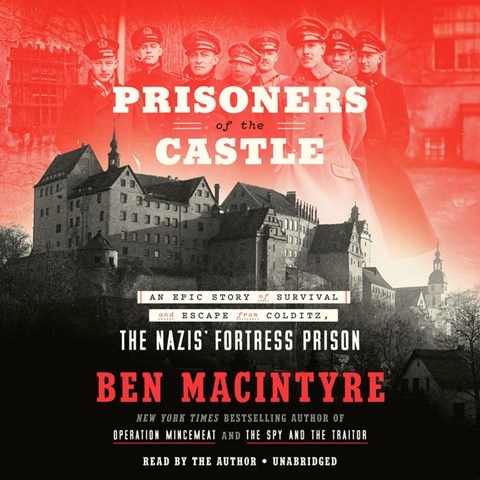 PRISONERS OF THE CASTLE An Epic Story of Survival and Escape from Colditz, the Nazis' Fortress Prison

Narrated with the skill of an experienced audiobook narrator, Ben Macintyre's chronicle of life for prisoners of war at Colditz Castle is a fascinating story of survival during WWII. The German army used the castle, known for its exceptional architecture, for four years to house what it considered to be the prisoners most likely to rebel and escape. The stories are captivating, and the many Allied and German characters who populated the prison come to life because of Macintyre's thorough research and dynamic presentation. He seems to relish creating the many personalities, including Pat Reid, a British captive bent on escaping, and Birendranath Mazumdar, an Indian doctor who discovered that prejudice came from many sources, not just his captors. D.J.S. © AudioFile 2023, Portland, Maine [Published: JANUARY 2023]