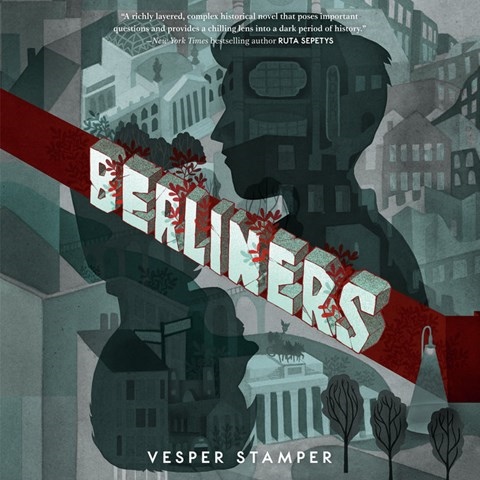 Narrator Clifton Duncan's ease with German accents helps immerse listeners in the milieu of the Soviet sector of Berlin, where a German couple find themselves in 1945, expecting twins. The division of the city after WWII mirrors the later experience of their sons, aspiring artists Peter and Rudi, in 1961. At first, they are in opposition over contradictory beliefs, and, then, when their parents divorce, they find themselves literally on opposite sides of the Berlin Wall. Listeners can easily follow the story, told in alternating points of view, and consistently identify the large contingent of characters, including the boys' mother and the great grandmother of an American soldier they befriend. Duncan presents emotional portrayals of the boys as they come to understand a complicated and painful history. E.J.F. © AudioFile 2022, Portland, Maine [Published: DECEMBER 2022]