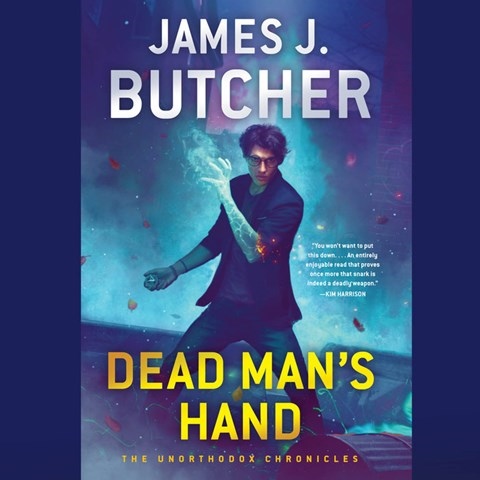 In this debut audiobook, the first in a series, listeners are introduced to a world in which the paranormal is real. Grimshaw Griswald Grimsby isn't much of a witch. Having failed to attain his dream career as an auditor in the Department of Unorthodox Affairs, he's stuck working at a run-down restaurant and living on ramen noodles. When he's accused of murdering the witch who crushed his dreams, he finds himself trying to stay alive. With distinctive voices and emotive portrayals of the characters, James Patrick Cronin's narration keeps the listener engaged with Grimsby's story. Imbuing his performance with the characters' particular traits, he captures each one's distinct personality and provides a fun listen for those who enjoy urban fantasies with a dose of humor. A.L.S.M © AudioFile 2022, Portland, Maine [Published: NOVEMBER 2022]