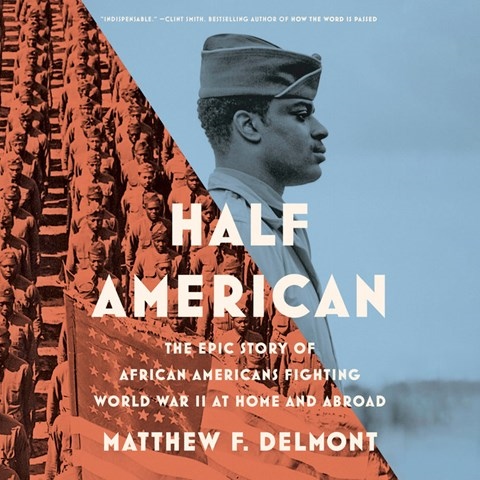 William DeMeritt's voice is calm--even as he reveals the building tension among the Black WWII soldiers who staged a wildcat strike after an explosion at Port Chicago. Many of them were charged with mutiny in a case defended by future Supreme Court Justice Thurgood Marshall. Author Matthew F. Delmont draws heavily on Black newspapers to recount cases of "Hitlerism," violent racism aimed at Black soldiers as they fought in the war. DeMeritt brings hints of anger to his narration, along with tones of urgency as he delivers pleas to stop the violence. Delmont shows the heroism of Black soldiers and the problems they faced as they helped secure the Allies' victory. J.A.S. © AudioFile 2023, Portland, Maine [Published: JANUARY 2023]