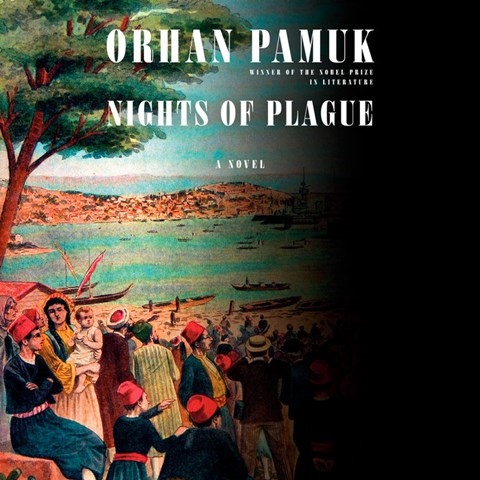 Narrator Amira Ghazalla delivers a quietly powerful performance of Nobel laureate Orhan Pamuk's investigation into the ways people react when faced with a health epidemic. In 1901, the dreaded bubonic plague appears on the fictional island of Mingheria, part of the weakening Ottoman Empire. A doctor's wife writes letters to her sister, describing the events as they unfold. A hundred years later, a young scholar discovers the letters, and the novel takes shape. From the government's denial that there is a problem to the ways people react to quarantine restrictions, Ghazalla brings a nonjudgmental intelligence to her storytelling. She handles Pamuk's lengthy expository passages easily. While she has a great deal of information to impart, her strong, steady voice will keep listeners engaged. S.J.H. © AudioFile 2022, Portland, Maine [Published: NOVEMBER 2022]