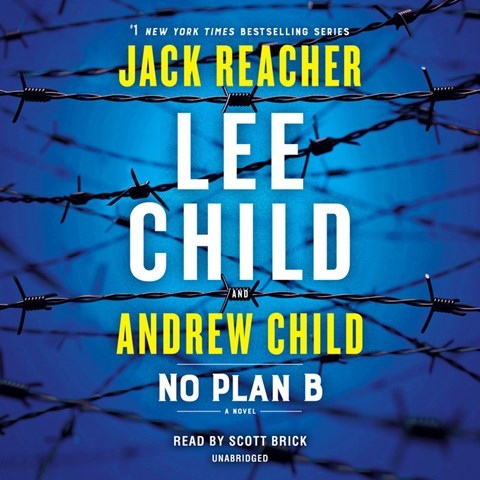 NO PLAN B Jack Reacher, Book 27

The latest Reacher audiobook weaves a number of seemingly disconnected yet gripping subplots before the pieces come together in typical Reacher fashion. Twisted and fast-paced, the story begins with Reacher witnessing the murder of a woman. Narrator Scott Brick voices Reacher as strong and determined but also compassionate. Brick also creates a wide range of multidimensional supporting characters. He particularly shines in voicing Jed, a boy who is searching for his father, and Hannah, a woman who is determined to get justice for her best friend, who teams up with Reacher. The varying plotlines may seem disjointed at first, but those who stick with it won't be disappointed. K.S.M. © AudioFile 2022, Portland, Maine [Published: NOVEMBER 2022]