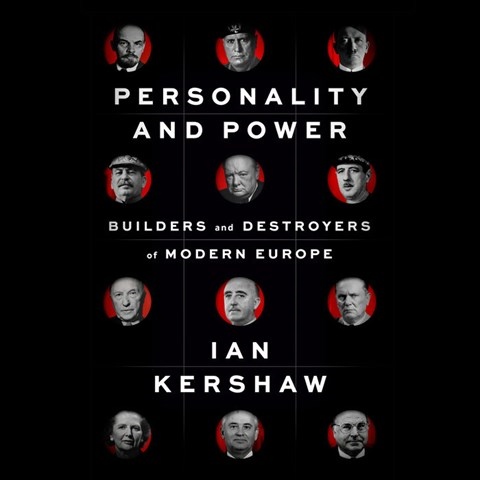 PERSONALITY AND POWER Builders and Destroyers of Modern Europe

With studied detachment, narrator Matt Bates takes listeners through a roster of this past century's world shakers: Lenin, Mussolini, Hitler, Franco, Churchill, a dozen in all, eleven men and one woman, Margaret Thatcher. Bates, who is familiar to listeners of Bernard Cornwell's Last Kingdom novels, is sonorously, elegantly British, and a master of articulation. He smoothly assumes the persona of Kershaw, an eminent authority on modern European history and leading biographer of Hitler, now approaching 80. The narrative is clear, factual, concise, as good a synopsis of Europe's previous century as you might find. The individual portraits, too, are impressively terse and insightful. With his customary grace and precision, Bates conveys these qualities to the best effect, flavoring the narrative but never overpowering it. D.A.W. © AudioFile 2022, Portland, Maine [Published: DECEMBER 2022]