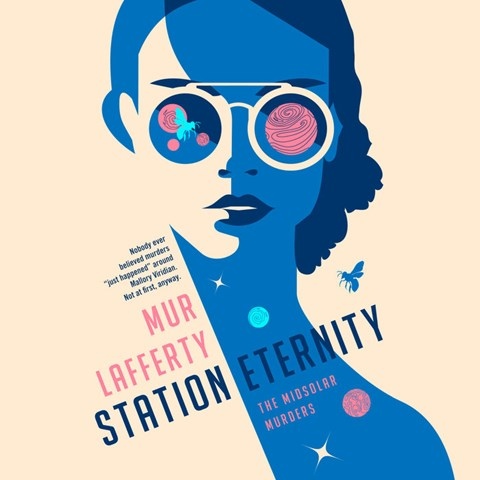 Sarah Mollo-Christensen narrates a sci-fi/mystery mash-up. Mallory Viridian is one of only three humans aboard the sentient space station Eternity, and the imminent arrival of more sets off a terrible chain reaction of events. Mollo-Christensen's portrayal of Mallory perfectly captures the nervous unhappiness of someone who believes she is a magnet for violent death; whether or not this belief is accurate is something Mallory must come to terms with. The two other humans at the station are the ambassador from Earth and a political asylum seeker/stowaway; the rest of the station inhabitants are various aliens. While Mollo-Christensen doesn't go to great lengths to differentiate between humans and aliens, her timbre for the wasp-like "sundry" makes them sound suitably insectoid. K.M.P. © AudioFile 2022, Portland, Maine [Published: NOVEMBER 2022]