Home»Reviews»THE LION AND THE FOX 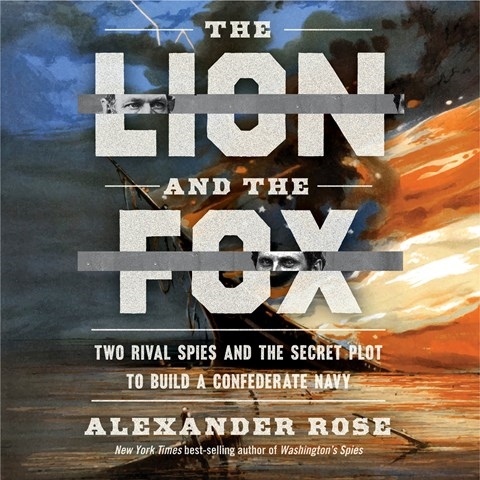 Mark Bramhall has the resonance of a nineteenth-century orator, and his fine articulation has flavored many period histories and biographies. Here he transports listeners to the 1860s and the docks of Liverpool, where Confederate and Union agents match wits over outfitting ships and munitions bound for Southern ports in the U.S. England was an uneasily neutral nation during the Civil War, and both sides ran covert operations--stirring enough intrigue for several seasons on Netflix. Bramhall's performance is commanding but, at times, uneven. His narrative voice is mellow and rich, and he holds the listener's interest throughout. But his accents are stagey, and periodically his voice shifts its pitch and tempo, as if spliced from different recording sessions, or as if we were hearing different narrators. D.A.W. © AudioFile 2022, Portland, Maine [Published: DECEMBER 2022]