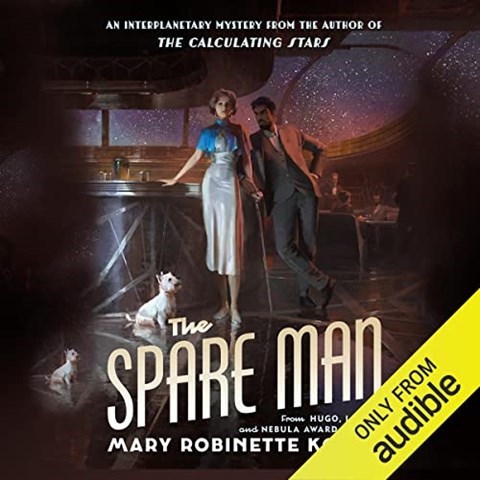 Mary Robinette Kowal expertly narrates her own novel, portraying each character as if she were starring in her own one-woman show. The futuristic story revolves around wealthy inventor Tesla Crane and her new husband, Shal, a retired detective. Their honeymoon on an interstellar ship to Mars is interrupted when a passenger is murdered and Shal is accused of the crime. Tesla; Shal; their dog, Gimlet; and an entire cast of secondary characters are invested in solving the crime and surviving the trip. Kowal's narration adds a mesmerizing depth to the story. She believably delivers British, French, Midwestern American, and purposefully bad Irish accents. She even portrays Gimlet, a West Highland terrier, with a ferocity that is pure perfection. L.M.G. Winner of AudioFile Earphones Award © AudioFile 2022, Portland, Maine [Published: DECEMBER 2022]