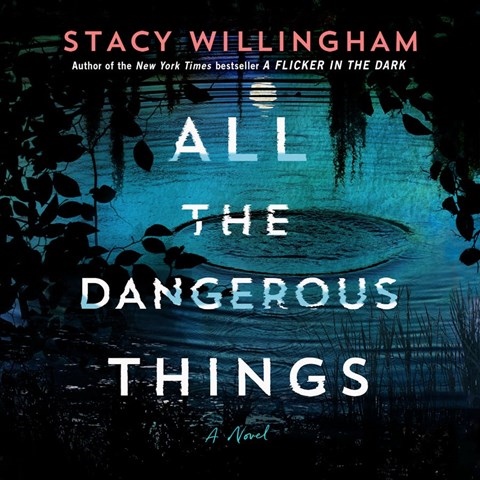 ALL THE DANGEROUS THINGS

Narrator Karissa Vacker meets the challenges of this thriller about the unsolved case of a missing infant. Isabelle Drake is facing the one-year anniversary of a parent's worst nightmare: the disappearance of her son, Mason, who was taken from his crib. Though her estranged husband is moving forward, she's desperate to keep the case active, even though it triggers disturbing memories of her childhood. The story is told in two time periods, and Vacker masterfully alters her delivery and vocal range to distinguish the sections told by young and old Isabelle. Vacker skillfully handles the various red herrings and the characters' emotional states without tipping off listeners, keeping them wondering what happened to Mason until the final reveal. C.B.L. © AudioFile 2022, Portland, Maine [Published: DECEMBER 2022]