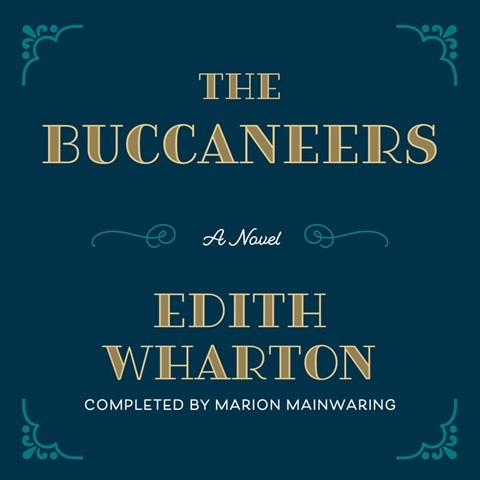 Edith Wharton's last, unfinished, novel (completed by Marion Mainwaring in 1993) is, unsurprisingly, about young women from New York's moneyed class. In this audiobook they travel to England to seek their fortunes and husbands. Carol Monda's British accent sometimes wavers, and the voices she creates for the characters are not uniformly strong and distinctive. But she conveys emotions well, especially those of the young women, "the buccaneers" of the title. All five of the pirates marry money or titles (in one case both), but "good" marriages are not always happy ones, and the results are (also unsurprisingly, for Wharton) mixed. Those unfamiliar with Victorian women's fashions may be lost in spots, but this is still, overall, a satisfying listen. D.M.H. © AudioFile 2023, Portland, Maine [Published: JANUARY 2023]