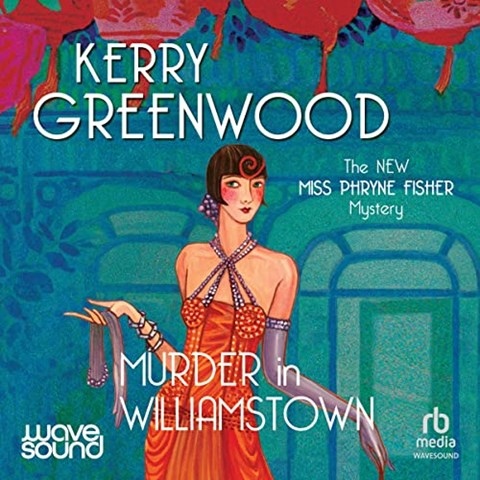 Wendy Bos performs this Phryne Fisher mystery with perfect aplomb. She sounds just like the indomitable Phryne and gives credible voices to all her sidekicks, adopted children, and numerous lovers, as well as her own children. Plots and subplots abound as Phryne's adopted daughters, Ruth and Jane, uncover suspicious activities at the Blind Institute, while adopted son Tinker investigates the problem of the hate mail that is being left in Phryne's St. Kilda mailbox. Meanwhile, Phryne's companion, Dot, is worried that her fiancé, Hugh, has gone off the idea of marriage. Bos develops each character with slight vocal shifts and personality differences. She handles the occasional plot deviations from earlier episodes smoothly. New to the series? Start at the beginning for maximum enjoyment. S.J.H. © AudioFile 2022, Portland, Maine [Published: DECEMBER 2022]