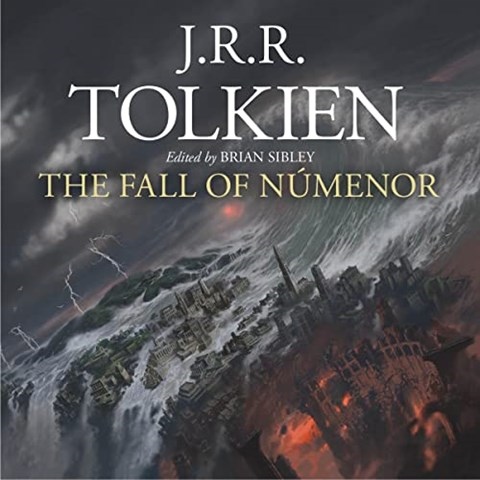 Samuel West and Brian Sibley complement each other perfectly as they narrate these intriguing early sketches, histories, and sagas of the elves and humans who inhabited the Second Age of Middle-earth. These would become elements integral to J.R.R. Tolkien's beloved LORD OF THE RINGS trilogy. Tolkien scholar and editor Sibley delivers the audiobook's introduction and detailed notes with an academic focus, while West is superb at finding the Old English and medieval rhythms and pace of Tolkien's draft writings. Like THE SILMARILLION, this volume illustrates the lifetime of research and imaginative prowess that went into one of most original and fully realized fantasy worlds in twentieth-century literature. B.P. © AudioFile 2023, Portland, Maine [Published: JANUARY 2023]