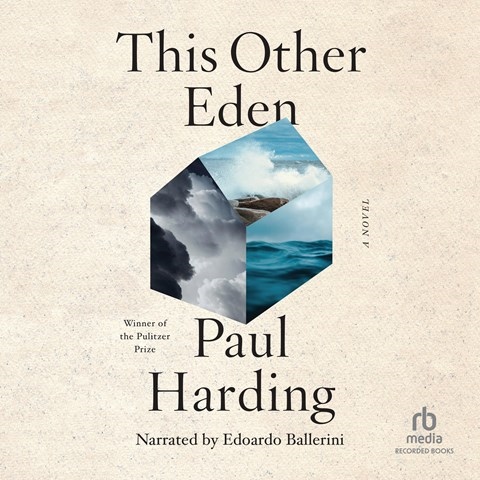 In 1912, Maine's governor forcibly evacuated a small community from their Malaga Island home, claiming the mixed-race inhabitants were morally and mentally deficient. This novel, narrated by Edoardo Ballerini, is based on this tragic event. Ballerini's lyrical delivery highlights the poetic descriptions of the island's physical environment and the comfortable rhythms of daily life, bolstering listeners' empathy for the families struggling to do their best with what little they have. His tone becomes more straightforward when the narrative changes to historical documents and is gruffer when white male authorities begin to disrupt and disband the community. The character study draws a harsh, vivid distinction between the insular island people and the self-righteous outsiders who want to take over the island for their own use. C.B.L. © AudioFile 2023, Portland, Maine [Published: JANUARY 2023]