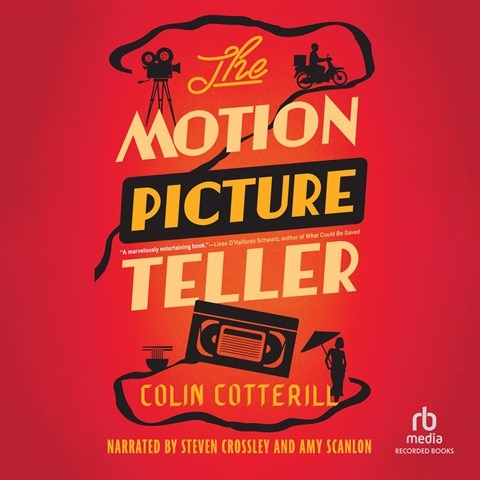 Narrator Steven Crossley sounds like he's having a grand time as he brings out all the humor in this stand-alone mystery set in Thailand in 1996. Supot, a postal worker portrayed by Crossley in a sweetly befuddled tone, is an avid movie fan. Each night, he goes to the video store of his friend, Ali, to watch a film with him. Ali is depicted in a deep pitch and a slightly argumentative tone. One evening, a beggar tries to sell them several tapes, leaving behind a film called BANGKOK 2010. Supot is entranced by this obscure film and begins searching for its cast and crew, ultimately discovering a mystery tied to its production. The narrative is interspersed with scenes from the film, performed with vibrant sultriness by Amy Scanlon. M.J. © AudioFile 2023, Portland, Maine [Published: JANUARY 2023]