Home»Reviews»THE GIRL I AM, WAS, AND NEVER WILL BE 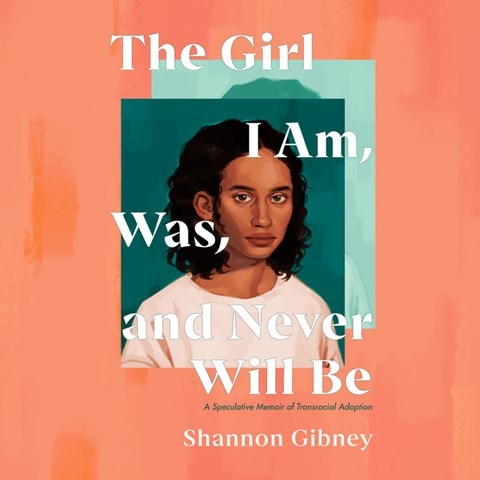 THE GIRL I AM, WAS, AND NEVER WILL BE A Speculative Memoir of Transracial Adoption

Shannon Gibney narrates her memoir/speculative fiction with authenticity. Adopted soon after birth by a white middle-class couple, Gibney was 19 when she began to imagine the identity of Erin Rebecca Powers, the person she would have been if she had stayed with her alcoholic birth mother. The references to this audiobook's protagonist frequently switch from first to third person--even within sentences. All this brings listeners into the disorienting world of Shannon/Erin, who seeks to find herself by imagining the possibilities of a different life and people she has never met. The story reflects the "speculative memoir's" theme: "There are no singular truths." Gibney refers to pdfs throughout--pictures, graphs, letters, and documents that do add some concreteness to the story. S.W. © AudioFile 2023, Portland, Maine [Published: JANUARY 2023]