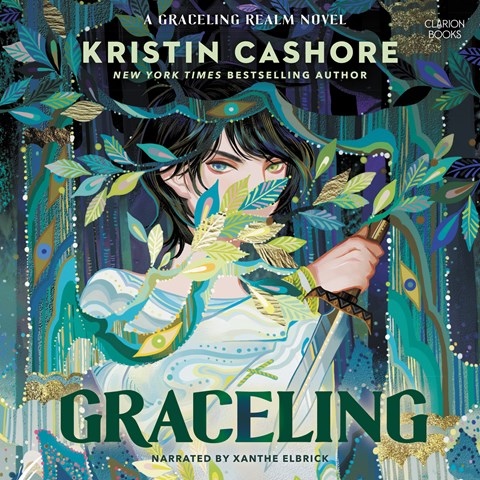 Cashore's 2008 novel about a fantasy world in which some individuals have special abilities gets a fresh recording by Xanthe Elbrick, who has narrated the rest of the audiobooks in the series. If you're new to the series, lucky you. If you've followed it since the beginning, it's fascinating to revisit GRACELING through Elbrick's performance. Katsa has always been an extraordinary fighter, and the king uses her as a tool to intimidate and hurt his enemies. She also works with an underground council that helps people, and through that, she meets Prince Po and uncovers a terrible secret in another kingdom. Elbrick teases out the characters and illuminates this beautifully detailed world. Her narration of a desperate mountain crossing will have listeners hanging on every word. J.M.D. © AudioFile 2023, Portland, Maine [Published: JANUARY 2023]