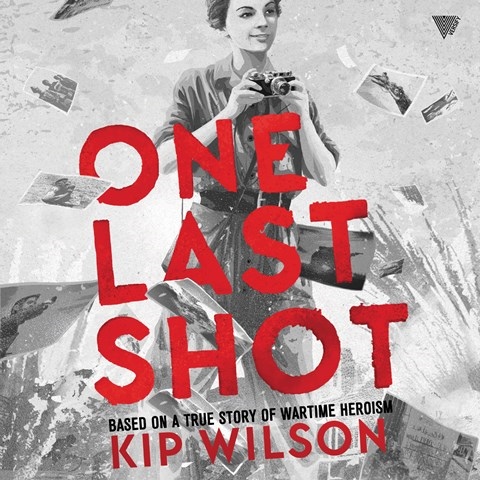 Juliette Goglia embraces the enthusiastic viewpoint of Gerda Pohorylle, a German Jewish teenager who is thrilled to be studying in Switzerland, falling in love, and taking pictures with her uncle's portable camera between the wars. Gerda's passion takes a more adult turn when she is taken in for questioning by the Gestapo and flees to Paris for safety. There she meets photographer André Friedmann, and the pair adopt the professional names of Robert Capa and Gerda Taro. The narration deepens with intensity when the Spanish Civil War enters the story. Goglia captures Gerda's compassion for the people of Spain and her dedication to depicting the effects of fascism there. Throughout, Goglia's pauses honor the verse form in which the story is written. S.W. © AudioFile 2023, Portland, Maine [Published: JANUARY 2023]