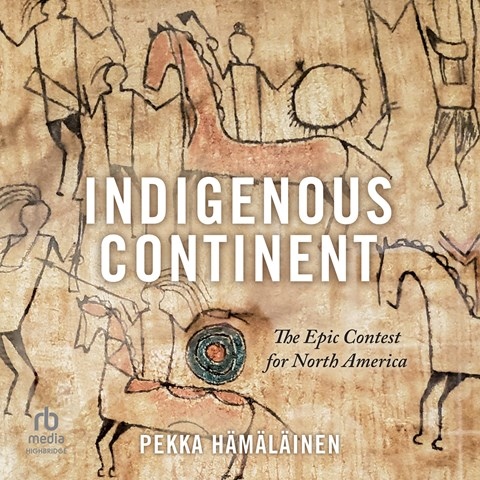 Kaipo Schwab narrates this sweeping history of North America, which is focused primarily on the territory that would become the United States. It is told from the vantage point of Indigenous peoples, who first arrived in around 10,000 BCE. Its emphasis is on the time period beginning with the first Europeans' "discovery" of the continent, and it continues through the latter half of the nineteenth century. Schwab has many pronunciation challenges. The names of the Indigenous nations, individuals, and places being spotlighted are many and varied. The European nations, primarily England, France, Spain, and the Netherlands, sent traders and settlers and had their own names for most places. Schwab seems to handle each language easily, maintaining a steady pace throughout. J.E.M. © AudioFile 2023, Portland, Maine [Published: JANUARY 2023]