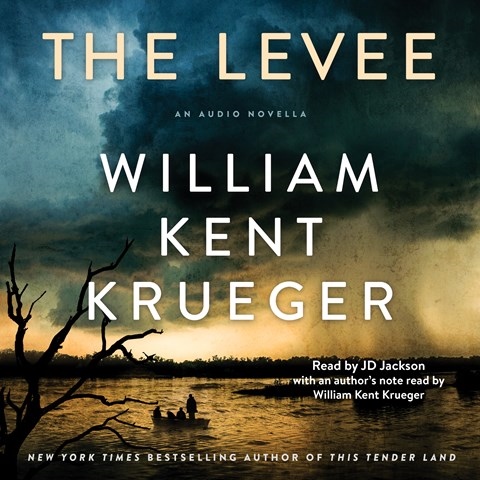 Golden Voice narrator JD Jackson acts out Krueger's dramatic audio-original novella, which is about the potential breach of a levee, the only thing holding back torrents of water during the unprecedented flooding of the lower Mississippi River in 1927. Four men--three convicts temporarily released and a man named Quince Mobley--arrive by boat and work tirelessly to save the high, circular levee and rescue the obstinate stranded residents of an estate called Ballymore. Jackson's deep, gravelly voice pervades the performance, shifting subtly to reflect the stiff-necked women and the strong-backed, sometimes bellicose, men. The raging river's inexorable attacks are reflected in Jackson's cadence as he adds emotional energy to the exhausting fight between men and the mighty Mississippi. M.B.K. Winner of AudioFile Earphones Award © AudioFile 2023, Portland, Maine [Published: JANUARY 2023]