Home»Reviews»THINGS WE FOUND WHEN THE WATER WENT DOWN 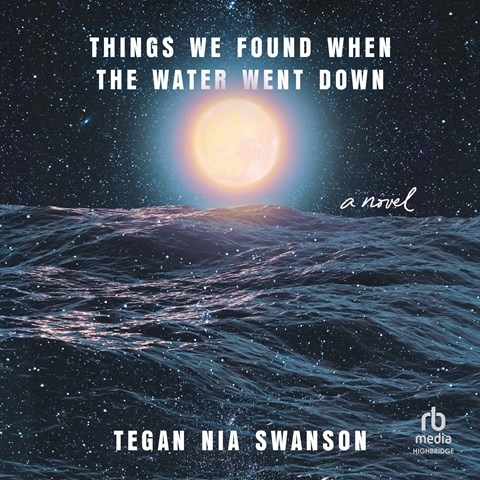 THINGS WE FOUND WHEN THE WATER WENT DOWN

Ann Richardson performs this snowy mystery, which revolves around a daughter's search for the truth. Marietta goes missing after she's accused of murdering a man. Her daughter, Lena, is determined to find out what really happened. In a series of transcripts, articles, and descriptions, listeners follow Lena's investigation, slowly putting together the full picture of that snowy night when Lena's world changed forever. In her narration, Richardson captures Lena's voice but struggles to differentiate many of the transcripts and articles, causing the listener to become confused at times. While Richardson shines when performing from Lena's perspective, this audiobook ends up being an example of how including additional narrators could have enhanced the story. K.D.W. © AudioFile 2023, Portland, Maine [Published: JANUARY 2023]