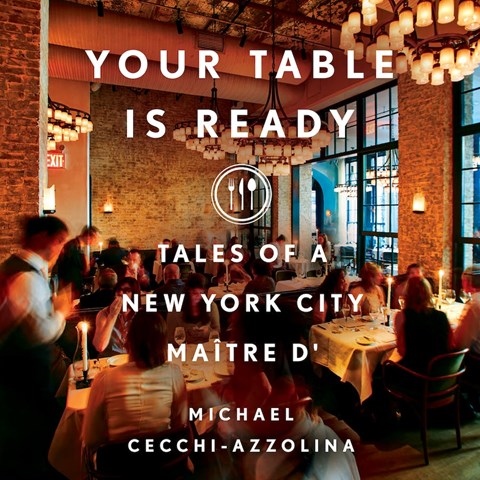 Trained in acting and a lifer in the restaurant business, Michael Cecchi-Azzolina doles out opinions in the tone of an authentic New Yorker. He narrates with a good pace and rhythm. The inner workings of the restaurant world as revealed are exhilarating but often sordid and salacious. Drugs, sex, gambling, and problem drinking accompany great food and glittering guest lists. In his long, successful career in New York City--with stops at the River Café, Raoul's, and Le Coucou--the Brooklyn-born master maître d' has had his share of adventures. The scenes in which he is threatened by a gangster are hilarious. Candidly, the world described is sexist and often graphic in its depictions of late-night antics. That said, this is an entertaining and insightful audiobook. A.D.M. © AudioFile 2023, Portland, Maine [Published: JANUARY 2023]