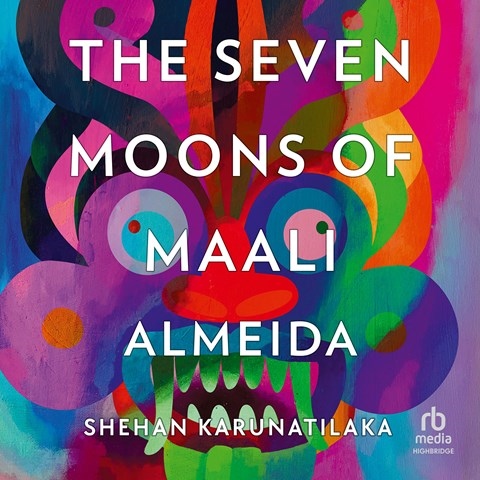 THE SEVEN MOONS OF MAALI ALMEIDA

This year's Booker Prize novel is also one of its most compelling audiobooks. Set in a violent phase of Sri Lanka's recent history, the story is often grim--but also deliciously ingenious and suspenseful. The narrator, recently murdered, addresses himself as "you," reconstructing a storyline in which the afterlife exists simultaneously with the living world and the victim tracks down his own killer. Actor and musician Shivantha Wijesinha is the novel's voice brought to life, an immensely talented new audiobook performer who evokes a range of Sri Lankan characters with subtlety and vigor that match the author's own. Wijesinha is a natural who takes in the narrative whole while losing himself to it entirely, and this remarkable novel is also a remarkable debut. D.A.W. Winner of AudioFile Earphones Award © AudioFile 2023, Portland, Maine [Published: JANUARY 2023]