Home»Reviews»HARRY POTTER AND THE HALF-BLOOD PRINCE 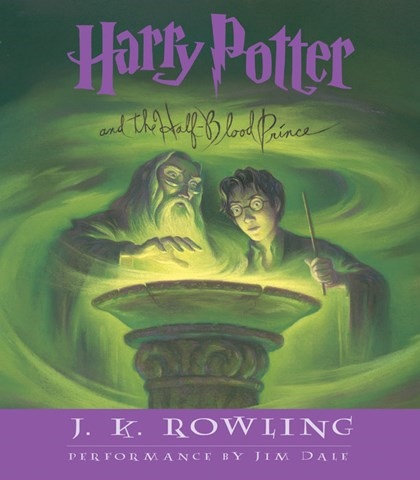 HARRY POTTER AND THE HALF-BLOOD PRINCE

Art imitates life in the newest, darkest Harry Potter adventure as England--Muggles and Magickers alike--comes under attack from the forces of evil. Once again, Jim Dale’s performance casts its spell, bewitching listeners with every nuance. His voice aches with appropriate adolescent longing as Harry, in his sixth year at Hogwarts, deals with Quidditch, love potions, and heartache, and he positively slithers with serpentine menace whenever Severus Snape’s around. Dale has developed over one hundred new, fresh, and individual character voices in this Harry Potter series, making it perfect for audio. As Harry faces some of his most difficult challenges and the stage is set for the inevitable confrontation between Harry and He-who-must-not-be-named, Jim Dale’s astonishing performance keeps hearts pounding and pulses racing right up to the final words. S.J.H. Winner of AudioFile Earphones Award 2006 Audie Award Finalist © AudioFile 2005, Portland, Maine [Published: OCT/NOV 05]