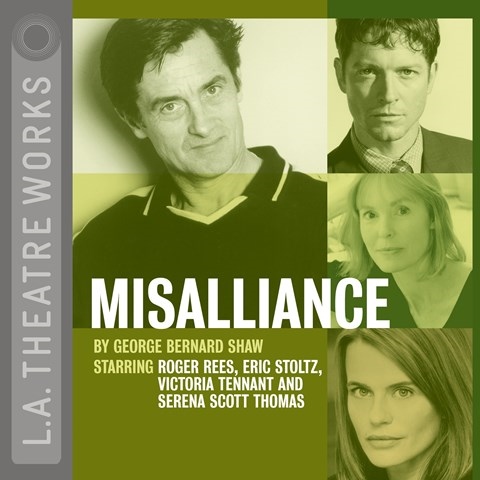 Shaw’s 1909 country-house comedy explores the clash of social classes when an aristocratic Edwardian wishes to marry the daughter of a bourgeois underwear tycoon. In this pleasant production, the acting is consistently fine, with Roger Rees, Victoria Tennant, Serena Scott Thomas, Eric Stoltz, and others forming a polished ensemble. The abridged version of the original text, while wisely leaving out some arcane references, at other times cuts too deeply into some speeches. Allowing the play to run more closely to two hours likely would have preserved more verbal richness without losing the fizz created by the wonderful cast. (Although the discs promise tracks every three minutes, neither has any indexing. The usual lead-in narration crediting the performers and providing a context for the play is also absent.) G.H. © AudioFile 2005, Portland, Maine [Published: OCT/NOV 05]