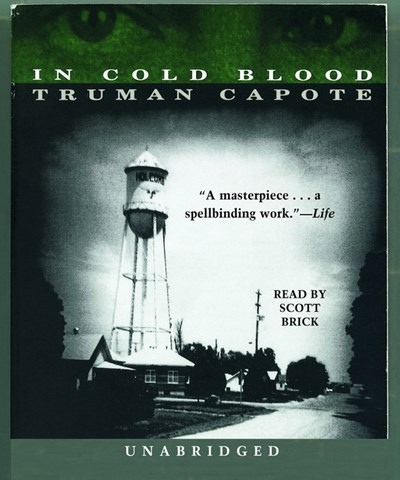 If the Oscar-winning film CAPOTE has brought this story's outline to a new audience, Scott Brick's outstanding narration should introduce a generation of listeners to the complete story. Capote's 1965 "nonfiction novel," built around the senseless murder of a Kansas family, is a marvelous blend of rigorous reporting and poetic license. His portrait of the two killers is sympathetic--the act was monstrous, but the men were not monsters--and the soft edges of Brick's voice convey this perfectly. Though the recording is more than 14 hours, Brick is just so easy to listen to. It's not so much what he does, but what he doesn't do: he attempts no Kansas accents, no melodramatic phrasing. He steps back and lets the story breathe, and in doing so, leaves the listener breathless. D.B. Winner of AudioFile Earphones Award © AudioFile 2006, Portland, Maine [Published: JUN/ JUL 06]