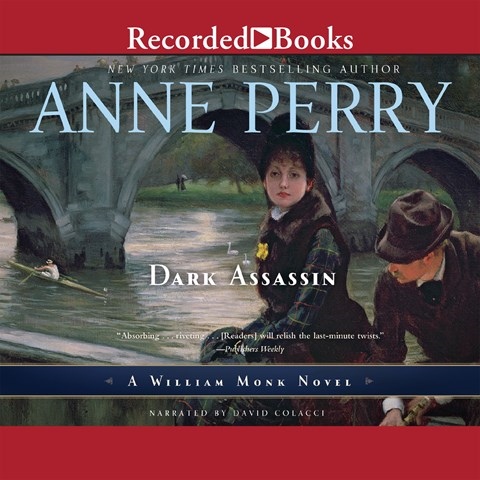 William Monk is a gifted London police investigator in Victorian England. He sees a young couple apparently quarreling on the Waterloo Bridge and watches as they plunge to their deaths in the river. His investigation takes him into the old and new sewers of London and to high society as he untangles a web of intrigue and corruption. The slow Victorian style of the novel works to advantage in audio. David Colacci is a capable reader and does an excellent job with the characters. Not only can listeners distinguish one from another, but because of Colacci's facility with accents, they can quickly tell one character's class from another's, an important aspect of the story. R.C.G. © AudioFile 2006, Portland, Maine [Published: AUG/ SEP 06]