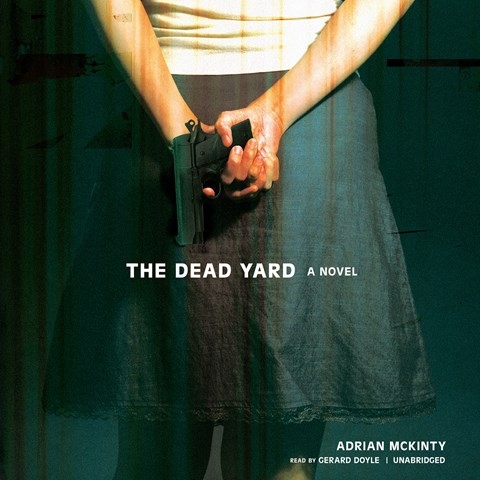 Gerard Doyle gives another stunning performance in Adrian McKinty’s powerful sequel to DEAD I WELL MAY BE. Michael Forsythe’s saga continues after five years in the FBI’s Witness Protection program. Under threat of being returned to a Mexican prison, Forsythe is coerced into infiltrating a radical Boston faction of the IRA. With danger, betrayal, and death his constant companions, Doyle gives Forsythe a dark sense of the ironic, an understandable, if unconventional, morality, and a roguish Irish charm. Bright, self-aware, and articulate with bittersweet lyricism, Doyle’s Forsythe is as real as pain. Doyle slips easily in and out of accents and gender, and even minor characters are fully developed. Brutal, bloody, and completely believable, McKinty’s complex plotting and Doyle’s extraordinary portrayal will leave listeners craving more. S.J.H. Winner of AudioFile Earphones Award, 2007 Audies Award Winner © AudioFile 2006, Portland, Maine [Published: AUG/ SEP 06]