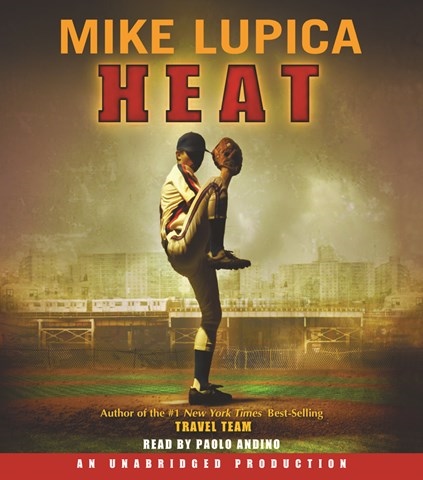 Michael Arroyo is growing up in the shadow of Yankee Stadium. He is the star pitcher of his Little League team, dreaming of pitching them to the Little League World Series. Everything is on track for his dream to come true; then he is benched until the birth certificate that didn’t make it out of Cuba with the family can be produced to prove he is only 12 and eligible to play. Paolo Andino tells the story with an enthusiasm sure to draw in young baseball fans. He creates an excitement that has the listener rooting for Michael. His Hispanic accent is true to the characters as he brings each of them to life. N.E.M. © AudioFile 2006, Portland, Maine [Published: OCT/ NOV 06]