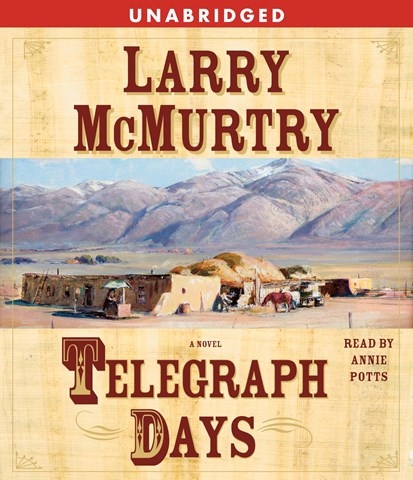 McMurtry fondly, if not originally, evokes the post-Civil War West in this loosely organized story told by spunky Nellie Courtright. Brought to life by actress Annie Potts, Nellie tells how she and her brother seek their fortune on their own after the suicide of their father. With all the appeal of a tall tale, the story intersperses a quirky cast of fictional characters with such historical figures as Buffalo Bill, Wild Bill Hickok, the Earp brothers, Doc Holliday, and Billy the Kid. Potts flawlessly narrates as though recounting her personal experience, using an understated Western accent that balances McMurtry’s characteristic humor and exaggeration. This is an enjoyable example of an audiobook improving on its print version. S.K. © AudioFile 2006, Portland, Maine [Published: OCT/ NOV 06]