Home»Reviews»TO HAVE AND HAVE NOT 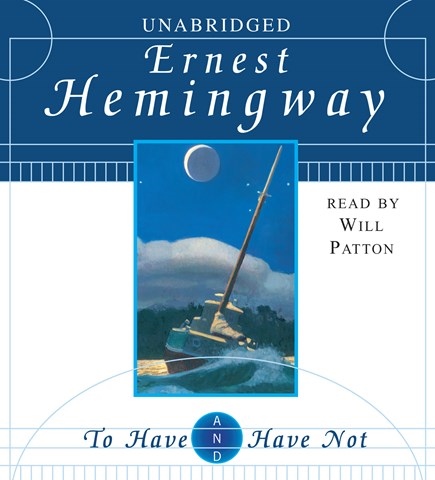 TO HAVE AND HAVE NOT

by Ernest Hemingway | Read by Will Patton

Hemingway’s episodic 1937 novel about the exploits of Harry Morgan and his fishing boat in Key West and Cuba benefits greatly from Will Patton’s gritty, understated reading. Patton’s quiet, craggy performance gives shading and nuance to the tough-guy talk in this dialogue-heavy book. The lightness of Patton’s voice and the close microphone also add an intimacy that pleasantly undercuts the harshness of Harry’s adventures. Scholars usually group this novel among the second-tier of Hemingway’s works, meaning that the autobiographical element holds greater interest than the literary artistry. Will Patton’s reading, however, largely offsets the novel’s drawbacks and makes hearing the book an edgy, disturbing experience. G.H. Winner of AudioFile Earphones Award © AudioFile 2006, Portland, Maine [Published: DEC 06/ JAN 07]